One of the problems when shifting to a smarter home is the litany of older items we have that aren’t online. An old lamp, table fan, even your space heater. That’s where an inexpensive smart plug can come in handy. The Kasa Mini Smart Plug by TP-Link is the latest crack at perfecting this product with a more streamlined design at a competitive price point.

The Kasa Smart Wi-Fi Plug (HS105) is the second attempt at a smart plug from the folks at TP-Link. Their first crack, the HS100, worked well but was held back by a bulky design. That’s been overhauled with the Mini. 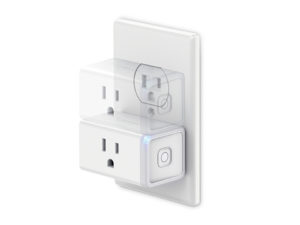 At 1.5 x 2.6 x 1.6 inches, the Mini is one of the smallest smart plugs on the market. It narrowly beats out plugs from iDevices and iHome. And knocks over an inch off the width to a favorite of ours, the WeMo Mini Smart Plug. This is due to the decision to put the manual on/off button on the side instead of the front. It’s small size also insures it won’t block an adjacent outlet or clog up a power strip.

Perhaps it’s most under-looked feature is how much power it can handle. With an electrical rating at 15 amps, it should safely be able to handle your highest powered appliances. This is incredibly important if you plan to use it to control a space heater or air conditioner unit. Many budget brands cap out at 10 amps and can turn into a fire hazard or just fail from overheating.

Setting up the Mini is relatively straight forward. It does require downloading the Kasa app which is available for both iOS and Android phones. After finding an outlet for the plug, you’ll need to add a new device in the app and pair it to your home’s Wi-Fi (only works on 2.4GHz). Outside of a couple minutes to create a Kasa account, this was a painless setup process. You don’t need to purchase a hub to use this either. 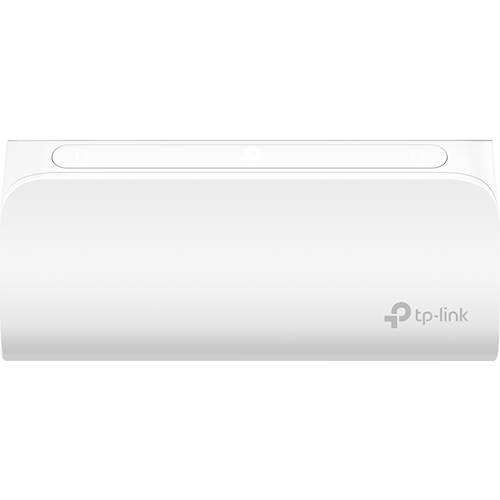 After syncing everything up, it’s time to see what can be done with the Kasa Mini Wi-Fi Plug. You can rename the smart plug to whatever you like in the app. So if you’re using this to control the Christmas lights on your tree, rename it “Christmas lights”. You’ll of course be able to turn it on and off remotely through the app. Whether that’s from the next room over or halfway across the country (as long as your phone has internet connectivity).

Deeper inside the app are some basic features we’ve come to expect. You can set up schedules for when the plug is on or off. Useful if you’d like a light on in the home when you return from work at a specific time. Or perhaps you’d like the coffee maker to start brewing 5 minutes before your alarm clock goes off. Scheduling can be done on daily or weekly increments. You can even have it automatically use your locations sunrise and sunset as a reference point.

The away mode is a feature I’ve come to love in plugs, switches, and light bulbs. This is a mode you use when you’re not home which will turn on and off your plug at random intervals. In testing, it worked well as the light would turn on for 20 minutes, turn off for 8, turn back on for 4, and so on. It truly felt random and I think if someone was casing the joint, they’d assume someone was home. The away mode can also be synced with a Nest thermostat so that it starts up when Nest goes into it’s away mode too.

Perhaps the only feature missing from the Kasa Mini is energy monitoring. While the plug will track how long it’s been on or off, it won’t tell you how much power it’s using. This might be a limitation based on its size, but we’d love to see it added in the future. For those who desire energy monitoring, TP-Link does offer it in their HS110 WiFi Smart Plug.

Voice control is the hot new thing and the Kasa Mini Smart Plug delivers in a big way. Both Amazon Alexa and Google Assistant are supported and require enabling the Kasa skill in either the Alexa or Home app on your phone. In a rare sight, the Kasa Mini provides support for Microsoft Cortana users. This is the first plug we’ve come across that offers this option.

In testing, voice commands worked flawlessly. I had set up a lamp in my office and a table fan in my bedroom. There was minimal lag and it understood each device name through both my Echo and Google Home Mini. Unfortunately it seems that voice commands are limited to turning on and off the plug. There didn’t appear to be a way to tell it to turn on or off at a specific time. This would be a welcome addition to the software in the future.

IFTTT support is included and Kasa already has a robust selection of applets available. Having your lights turn on when it’s cloudy out or when your Uber drops you off may be useful. As mentioned earlier, you can also sync your plugs up with your existing Nest products through the Kasa app.

Unfortunately there is no support for Apple HomeKit at this time. The iDevices Switch or the Belkin WeMo Mini remain the best choices for Apple Home users.

For under $30, the Kasa Smart Wi-Fi Plug Mini is a solid choice. It’s easy to set up, has a quality app, and works with both Amazon and Google speakers. Plus it’s the only game in town if you want to control it through Cortana.

There are other options though. For those on a tighter budget, the Etekcity Smart Plug is similar but has a lower power threshold (10 amps). The iDevices Switch gives you detailed energy monitoring. And the iHome iSP6X gives Apple HomeKit support. But if size and reliability remain your biggest concerns, I think the Kasa Mini Smart Plug by TP-Link is a good buy.

TP-Link Kasa Smart Wi-Fi Plug Mini
Summary
There's a lot to like with this miniaturized smart plug. It offers a bevy of features from scheduling to voice control. Rated to handle power surges up to 1800 watts, it might also be the safest plug to boot.
Features7.5
Ease of Use7.6
Design9.4
Performance8.9
Value8
Pros
One of the smallest plugs on the market
Voice control through Amazon Alexa or Google Assistant
Handles high power load (15 amps)
Cons
No support for Apple HomeKit users
Lacks detailed energy monitoring
8.3
Overall Score
Check Price